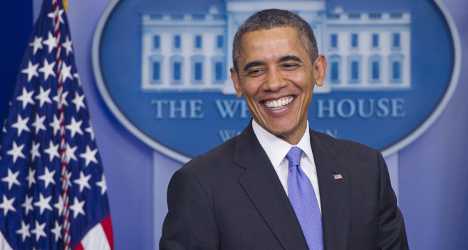 Barack Obama will be in Rome on March 27th. Photo: Saul Loeb/AFP

Obama will meet with Pope Francis at the Vatican on March 27th to discuss poverty and inequality, the White House said in a statement. While in Rome he will also meet Letta and Napolitano.

The visit is part of a wider Europe trip, which includes a US-EU summit in Brussels on March 26th, when Obama will meet with Herman Van Rompuy, president of the European Council, and European Commission President José Manuel Barroso. The meeting will be Obama's first trip to the EU institutions, the White House said.

As part of the tour Obama will also meet Anders Fogh Rasmussen, NATO secretary general, and take part in the Nuclear Security Summit hosted by the Dutch government.