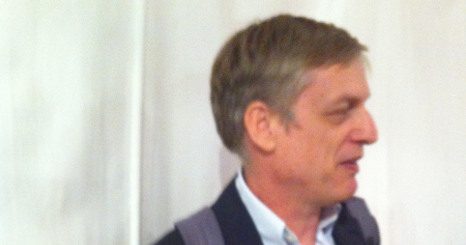 Gianni Cuperlo wrote an open letter to Renzi on Facebook in which he accused the new leader of responding to criticism with "a personal attack".

"I want to be able to always say what I think," he said.

Renzi, who only won the nomination to lead the party last month, has angered many leftists over his willingness to negotiate with Berlusconi to negotiate a reform of Italy's widely criticised political system.

The Democratic Party is the main component in the current coalition government, which was formed after a two-month impasse in the wake of elections that were only very narrowly won by the centre-left group.

Berlusconi was expelled from the Italian parliament in November and is barred from being a candidate in the next elections because of a tax fraud conviction.

He has kept a low profile but remains the leader of the Forza Italia (Go Italy) opposition party. Renzi has been accused of giving him new political prominence.

The reform proposals put forward by Berlusconi and Renzi will still have to go before parliament for final approval and have been criticised by smaller parties.