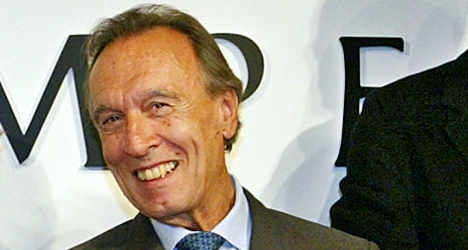 Who is Claudio Abbado?

He's an Italian conductor, and his death this Monday in Bologna at the age of 80 followed several years of illness

How did his career begin?

Having been born into a musical family in Milan, he began his studies of piano, composition and conducting at the Milan Conservatory at the age of 16, but completed his training in Vienna with Hans Swarowsky, known as "the maker of conductors", from 1957.

He started out at Milan's La Scala opera house in 1960, where his performance of Giacomo Manzoni's opera 'Atomtod' in 1965 won him wide critical acclaim. Three years later he became the musical director.

What about his work outside Italy?

Abbado went on to become Musical Director of Vienna's Staatsoper from 1986 to 1991, and received the prestigious title of general music director of the capital, before heading the Berlin Philharmonic Orchestra from 1989 until 2002. He received awards and recognition from around the world, including honorary doctorates from the Universities of Ferrara, Aberdeen, Cambridge and Havana, two Grammy awards and multiple prestigious musical prizes.

How was he different from other conductors?

Abbado refused to stick to one style, and made hundreds of recordings ranging from traditional pieces to contemporary classical music, conducting a contemporary opera each year during his time in Milan.

He was often famed for his gentle and humble manner, and would say of his orchestras, “I am not their boss, we work together.”

Abbado aimed to open up classical music, and as well as giving concerts at factories and schools, he gave over his salary for scholarships for young musicians. During his time at La Scala at the beginning of his career, he convinced the management to offer lower ticket prices for young people.

He also founded several youth orchestras, including the European Union Youth Orchestra and the Gustav Mahler Youth Orchestra, the latter taking its name from one of Abbado's own favourite composers. Last year, he was appointed Senator for life in Italy's Senate by Giorgio Napolitano for 'outstanding cultural achievements'.

How have people reacted to the death?

The head of the Abbadiani fan club, Attilia Giuliani, said on Monday: “This is such a painful moment. I can't speak”, while Italy's Prime Minister Enrico Letta commented that, "The musical and cultural world has lost an absolute champion."

Letta added "But we – above all those young people to whom Claudio Abbado gave so much – are left with his testimony and example."

Further tributes poured in from around the globe. The UK's Radio 3 controller, Roger Wright, said: “The death of Claudio Abbado leaves a huge hole in our world of classical music” whilst Mark Wilkinson, president of German record label Deutsche Grammophon, said Abbado was, “one of the most inspiring musicians of our era, a man who put himself entirely at the service of the music he conducted.”