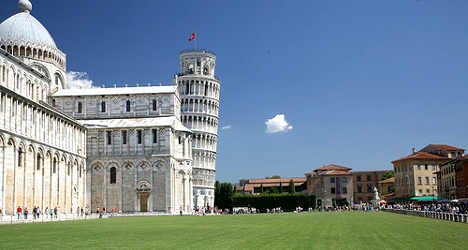 The Leaning Tower of Pisa was named as a possible target by the mafia. Photo: Steve Carney/Flickr

“Can you imagine if Italy wakes up and can’t find the Tower of Pisa,” Gioè allegedly said.

Gioè was arrested in 1993 over the murder of anti-mafia magistrates in Sicily and committed suicide in prison, La Repubblica said.

While Pisa’s famous tower still stands, the mafia did carry out a number of other bomb attacks in the early 1990s.

In May 1993 a car bomb went off next to Florence’s Uffizi Gallery, killing five people and injuring 37. The same year car bombs hit two churches in Rome.