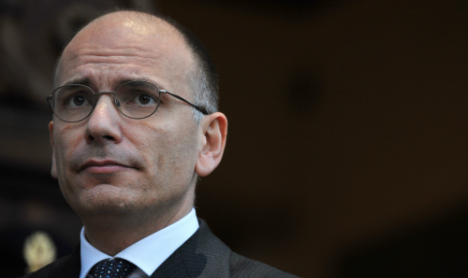 Prime Minister Enrico Letta said after a cabinet meeting the state would retain control of both entities after the privatisations due to take place this year.

The government announced earlier this month the plan to sell off up to 40 percent of Poste Italiane. In November last year it had nominated eight other companies that would also be partly sold off, including oil company ENI.

Economy Minister Fabrizio Saccomanni said the entire postal service had an estimated value of €10 billion to 12 billion ($13 billion to $16 billion), meaning around 4 billion euros could be raised.

The air traffic controller, Enav, was estimated to be worth 1.8 billion to €2 billion. The government is looking at selling 49 percent of it.

The privatisations would allow Italy to start a "debt reduction path for the first time after six years of continuous growth," Letta said.

Separately, the Italian parliament approved a big accounting revision in the amount of capital possessed by the Bank of Italy, from a symbolic €156,000 to €7.5 billion.

The Italian banks and insurers that are shareholders in the central bank will consequently have to revise their own accounts, especially as the law coming into effect states none can hold more than 3 percent of the central bank's capital.