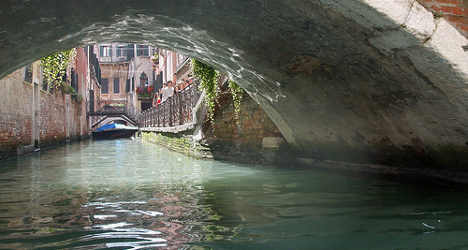 Mahtab Savoji was identified by police on Monday morning, six days after the 31-year-old’s body was found in a Venice canal, Rai News reported.

She was allegedly strangled in Milan by her two flatmates, who then reportedly stripped her and put her body in a suitcase. Savoji’s killers then took her body on the train to Venice, where they dumped her in the water before taking a €500 taxi back to Milan, Rai News said.

While reports on Monday morning described Savoji’s flatmates as Iranian, they have since been identified as Indian. Rajeshwar Singh, 29, and his 30-year-old girlfriend Gagandeep Kaur, both worked in Milan hotels and have been arrested and charged with the murder.

Savoji moved to Milan two years ago to take a course in costume design at the Brera Academy, Rai News said.