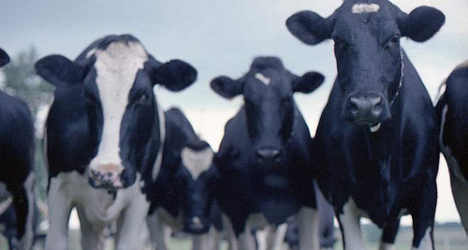 The farmer, from the town of Palma di Montechiaro in southern Sicily, died in hospital on Monday afternoon, Giornale di Sicilia reported.

He reportedly went to the hospital close to his home in Caltanissetta a few weeks ago after a number of specialists failed to diagnose his illness.

The link between BSE and vCDJ was first detected in the 1990s in the UK, where the most cases have been recorded.

Symptoms of mad cow disease include depression and immobility, although there are currently no completely reliable tests to diagnose vCJD.

A case of the disease can only be proven once a person has died, according to the World Health Organization (WHO). As a result, the man’s body has been sent to Ragusa, in south-east Sicily, for tests to determine whether he suffered from vCJD, Giornale di Sicilia said.

The disease is extremely rare in Italy; from it being named in 1996 up until 2011 there were only two recorded cases. In the same period there were 175 cases in the UK, 25 in France, five in Spain and others globally.