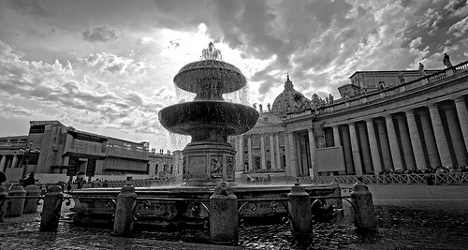 The Vatican is investigating sex abuse claims against a Chilean bishop. Photo: Sneakerdog/Flickr

A statement released by Chile's Catholic church leadership said San Felipe bishop Cristian Contreras had "expressed the wish" for the allegations against him to be investigated.

The case came to light after an investigation by the Center for Investigative Journalism, or CIPER, which revealed the archdiocese had received complaints from other priests of suspected abuses by Contreras – in one case against a 15-year-old child.

The Vatican agency responsible for overseeing such cases, the Congregation for the Doctrine of the Faith, sent two Mexican emissaries to Chile to investigate the allegations, CIPER said.

The probe also includes the priest Mariano Labarca, the former head of the Mercedarios order of priests, a Spanish order of which Contreras is a member.

Labarca is currently confined to a convent in southern Santiago, according to his congregation, after being relieved in May 2013 of his duties as pastor at the San Pedro Nolasco church in Bogota, Colombia, for abuse allegations.

In October 2012, Chile's Catholic church was rocked by the resignation of Chilean bishop Marco Antonio Ordenes Fernandez, suspected of sexually abusing children. He was the first high-level Chilean priest investigated for abuse by the Vatican.

Hundreds of priests have been implicated for child sex abuse in dozens of countries, and the Church has been accused of protecting known offenders.

Chile's Catholic church in 2011 formally apologized for the abuse cases and the way they had dealt with allegations.