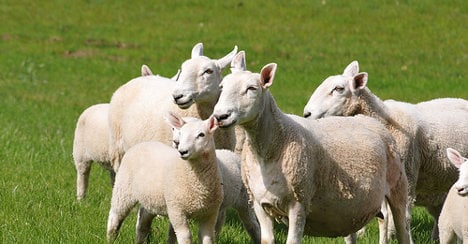 A flock of sheep was mowed down by an angry farmer in northern Italian. Photo: ArbutusRidge/Flickr

The 44-year-old then borrowed his mum’s gun and threatened to shoot the sheep’s owner, a 50-year-old woman, the news website, La Provincia di Varese reported.

Two sheep were killed in the stampede, the culmination of an ongoing spat between the two farmers, while several others were hurt, the newspaper said.

After mowing the flock down, the farmer reportedly told their owner: "Go away or I'll shoot you and I'll kill all the sheep.”

The sheep are said to have ‘constantly strayed’ from their pasture and into the neighbouring farm.

The man was later arrested and charged with animal cruelty, possessing a weapon and for threatening the farmer, while his mum was charged for failing to properly secure the gun.

Farmers in Italy are fiercely defensive of their land and livestock. Some in Tuscany have been illegally killing wolves and leaving the carcasses in villages and towns in a form of protest against the deaths of their animals.