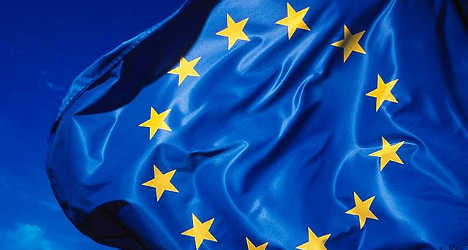 There are around 1.3 million expats from the European Union living in Italy. Photo: Rock Cohen/Flickr

Just as the Swiss gave the thumbs down to freedom of movement across the EU, a timely new study reveals the benefit EU expats are having on their new communities.

The report by the European Commission focused on cities in six EU countries including Turin in north-west Italy, Barcelona, Hamburg, Prague, Lille and Dublin and the impact of EU expats living there.

It concludes that the influx of migrants from other EU countries has had major economic benefits, not least in boosting state coffers.

In Turin, northern Italy, local studies revealed that tax revenues from foreigners on the whole brought a net benefit of €1.5 billion to national public finances.

The study also showed that newcomers have helped “fill gaps in local labour markets, contributed to growth in new sectors and have helped balance out ageing populations”.

"Free movement is a benefit for Europe, its citizens and its economies. There can indeed be challenges in some cities which need to be addressed. It would, however, be the wrong response to question the right to free movement,” said Viviane Reding, the European Commissioner for Justice, Fundamental Rights and Citizenship.

"It would, however, be the wrong response to question the right to free movement. I believe we need to work together – at European, national and local level – to turn challenges into opportunities. These examples from the cities of Barcelona, Dublin, Hamburg, Lille, Prague and Turin show that it can be done," she added.

Italy as a country is home to an estimated 1.3 million expats from the European Union, nearly three quarters of which are Romanian. France has the highest number, with approximately 1.8 million European Union citizens living in the country.

The study shed some light on the types of EU expats who are making the most of their freedom to move around the continent, their reasons for doing so, as well as some of the problems they face.

Their main conclusions were as follows: