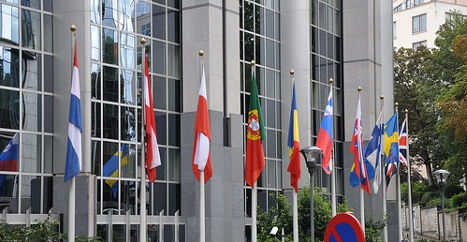 Pino Arlacchi, the MEP of the Democratic Party, and Fiorello Provera, of the Northern League, gave the glowing report after a trip to the country in October as part of a mission to observe the elections, the EU news website, Euractiv.com, reported.

Their message sharply contrasted with a report from the Organization for Security and Co-operation in Europe (OSCE), which highlighted “heavy rigging” and found “serious problems” related to freedom of expression.

The MEPs are said to have forgotten to tell Parliament that they had been invited by the Azeri government and did not declare the trip on their website, as required by a new code of conduct.

A report in the Italian weekly Panoroma in October said that when asked why their assessment differed so much from the OSCE’s,  Arlacchi, who led the mission, responded that it was done to “defend” Italian interests in the region.

Italian firms ENI and Saipem both have deals in the country, which sits on a sea of oil and gas and is a principle crossroad of the international energy market.

The other five MEPs also suspected of accepting favours are Filip Kaczmarek from Poland, Joachim Zeller from Germany, Evgeni Kiriliv from Bulgaria, Norica Nikolai from Romania and Milan Cabrnouch from the Czech Republica.

A committee will look into the cases on Tuesday and is expected to issue sanctions, Euractiv said. It will also examine whether the MEPs were paid for their assessment of the elections, on top of the paid trip.

The European Parliament's new code of conduct, adopted last July, stipulates that MEPs must announce any gift or invitation exceeding €150 on their website.