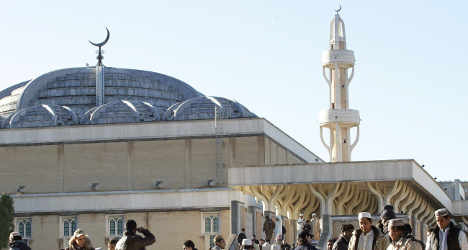 There are over 700 mosques in Italy. Photo: Alberto Pizzoli/AFP

Italy is home to 1.7 million Muslims and the country has over 700 mosques, according to figures from Istat, the national statistics agency.

But despite the "added value" the Muslim community brings to Italy, they have no official status,  Elzir Izzedin, who is also Imam of Florence, was quoted by the Italian news agency, ANSAMed. as saying.

“Despite the fact that freedom of religion is enshrined in the Constitution, the absence of a resulting law has led to the Muslim community not being recognized by the Italian State.”

Izzedin, who was speaking during a conference in Rome on Tuesday, added that while other non-Catholic religions in Italy such as Judaism, Hinduism and Buddhism are recognized, “there is no such agreement between the State and the Muslim community.”

The lack of official status means Muslims organizations are not eligible for funding through the Italian law that allows taxpayers to allocate part of their taxes to a religious group of their choice.

Efforts to recognize Islam in Italy, even unofficially, are often slammed by the separatist Northern League.

When Prime Minister Enrico Letta said earlier this month that the government was exploring the possibility of building an Islamic museum in Venice, the party hit back by saying, “how can the government throw money at an Islamic museum?”, and especially when Venice has “so many other problems with its cultural heritage”, such as the threat of rising sea levels.

Plans by regional councils to build more mosques have also been slammed.