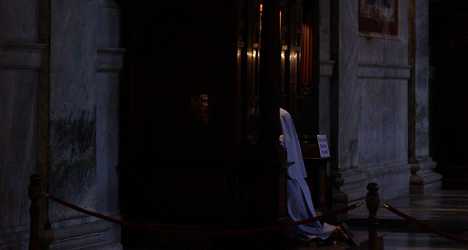 Police found out about the priest paying children for sexual acts during a murder investigation. Photo: Paolo/Flickr

Aldo Nuvola, a priest in the Sicilian capital of Palermo, was defrocked by the Catholic Church and arrested a few months ago, Rai News reported.

The abuse came to light when police wiretapped a conversation between a murder suspect and Nuvola about a number of sexual relationships the priest was having with minors, Rai News said.

While the murder suspect was found innocent, Nuvola was arrested and initially charged with inducing child prostitution. He was first sentenced to a year and six months in prison, but the Palermo court this week revised the charge and reduced the sentence.

The conviction follows the release of a UN report last week which slammed the Catholic Church for failing to stop paedophile priests.

The UN Committee on the Rights of the Child said it was deeply concerned by “clerics having been involved in the sexual abuse of tens of thousands of children worldwide” and accused the Vatican of covering up the crimes by transferring abusers to different parishes.

The Holy See should “immediately remove all known and suspected child sexual abusers from assignment and refer the matter to the relevant law enforcement authorities," the Committee said.

The report was strongly criticized by the Holy See, and described by Vatican spokesman Federico Lombardi as being “prejudiced” and having “grave limits”.