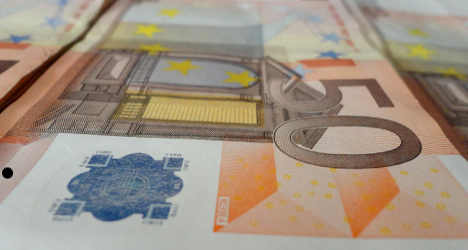 The slight rise in Italy's gross domestic product (GDP) comes after eight quarters of contraction in a row and one of zero growth in the third quarter of the year, when the devastating recession formally ended.

The preliminary estimate, which was in line with analyst expectations, also showed that the economy contracted by 1.9 percent over the whole of 2013 following a shrinkage of 2.5 percent in 2012.

The government has said it is hoping for growth of around 1.0 percent this year and the Bank of Italy is predicting a 0.7-percent result but the International Monetary Fund is predicting only 0.6 percent growth.

The result comes on the day that Prime Minister Enrico Letta is set to resign following a rebellion within his Democratic Party that could propel to power the party's leader, the 39-year-old mayor of Florence Matteo Renzi.