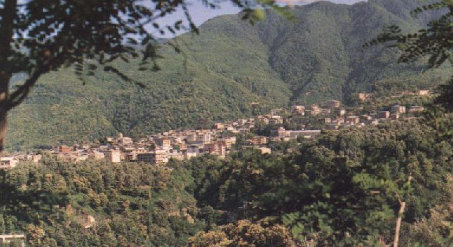 The pensioner's body was found in a freezer in the home she shared with her son in Delianuova. Photo: My2677/Wikipedia

The 51-year-old was arrested for fraud and hiding a corpse after the gruesome discovery was made, the website Giornale Ibleo reported.

Maria Musitano, 94, is said to have died of natural causes more than a year ago. She had shared the home in the town of Delianuova with her son, Igino, who confessed to drawing her monthly pension of about €1,000.

Police were alerted after neighbours in the town of 4,000 grew suspicious about her whereabouts and noticed a stench coming from the home.

Each time they inquired after his mother, Igino is said to have “diverted the conversation and made excuses to get away”, the website reported.

Cases of bodies of dead pensioners being kept so that crisis-hit relatives can continue collecting their benefits are becoming fairly frequent in Italy.

In late January, the body of Paola Puricelli was found in the freezer of her home in Borgomanero, in the Piedmont region. She had died four years earlier. Her daughter told police she kept the body so that she could “always be close” to her mother but also admitted that having not worked for years and been refused bank loans, she “survived” off her mother’s pension.

Last November, an Italian man allegedly hid the body of his 85-year-old father in order to continue claiming his monthly pension.