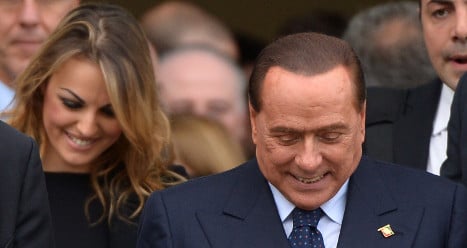 "After three children, 22 years together and four years of separation, they are officially divorced," it said.

However the two are still in dispute about the financial details of the divorce settlement after a lengthy and acrimonious legal battle.

A court initially awarded Lario €3 million a month but the amount was subsequently reduced to €1.4 million after an appeal by the scandal-tainted tycoon.

Now Lario, 57, has appealed and a final ruling has yet to be delivered.

She announced her separation from the 77-year-old Berlusconi in May 2009, saying in an open letter to the media that she could not "remain with a man who cavorts with minors."

He is currently embroiled in three court cases, and went on trial last week for allegedly bribing a senator.

He is also appealing a prison sentence for having sex with an underage 17-year-old prostitute and abuse of office and another for leaking a confidential police wiretap.