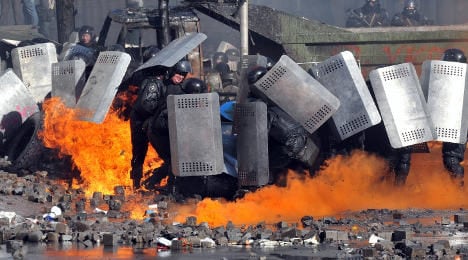 Pope Francis has called for an end to the violent crackdown on protesters in Ukraine. Photo: Genya Savilov/AFP

"I invite all parties to stop all violent actions and seek agreement and peace for the country," he said.

A brutal clamp down on protesters in Kiev overnight left 25 dead and 250 injured, including 79 policeman.

The clamp down came as President Viktor Yanukovych blamed opposition leaders for the worst violence in months of unrest.

As leaders from France and Germany denounced the crackdown – the deadliest since anti-government protests started three months ago – the EU warned that sanctions were likely to be implemented in response.

The protests began in late November after Yanukovych snubbed a long-awaited deal with the EU in exchange for a €10.9 billion bailout from Russia. The political wrangling has continued, with both Moscow and the West keen to influence the former Soviet republic.