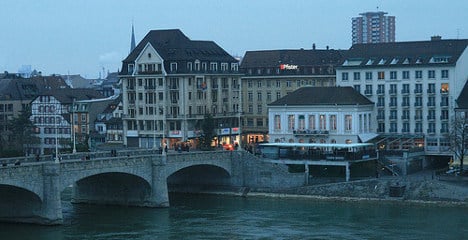 Oriella Cazzanello travelled to the Swiss city of Basel for an assisted suicide. Photo: Patrick Buerger/Flickr

Oriella Cazzanello, 85, travelled to a clinic in the Swiss city of Basel, where she paid €10,000 for an assisted suicide, Articolo Tre reported.

Her family only learnt of her death after they received an urn containing her ashes and a death certificate from the clinic on Tuesday, Vicenza Today reported.

The news website, Leggo, reported that Cazzanello had not been ill and chose to end her life because she was “lonely” and “tired of of old age”.

Relatives had not heard from her since the end of January, but didn’t initially find this unusual as Cazzanello, described as being “independent”, would often take holidays alone without letting anyone know, Vicenza Today said.

It was only over the last few days that they grew concerned and reported her disappearance to the police.

Though euthanasia is prohibited in Switzerland, assisted suicide is legal even if the person requesting it is not terminally ill.

A study released on Tuesday by researchers at the University of Bern revealed that of those helped by ‘right to die’ clinics in Switzerland, 16 percent did not have an underlying health problem, indicating a trend of people choosing to die because they’ve become “weary of life,” researchers said.

Switzerland’s penal code allows assisted suicide only if “no selfish interests are involved”.  The person seeking to die must also be involved in administering the lethal drug, while a physician’s role is limited to assessing their decisional capacity and prescribing the drug.

The European Court of Human Rights last year asked the country to clarify whether and under what conditions those not suffering from terminal illnesses should be helped to end their lives, calling on Switzerland to better regulate assisted dying.