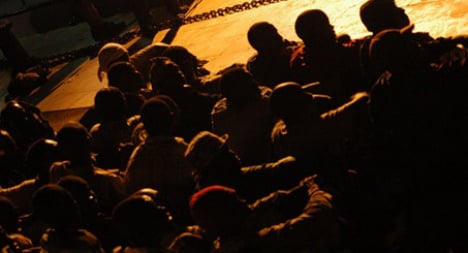 Thousands of migrants are continuing to arrive on Italy's shores every month. File photo: NoBorderNetwork/Flickr

"The Navy has rescued 596 migrants on six vessels," including three rubber dinghies, it said in a statement.

Italy began its operation "Mare Nostrum" — ("Our Sea") a Latin reference to the Mediterranean — after more than 400 migrants from Eritrea and Syria perished in twin tragedies off Italian shores in October 2013.

A total of 2,156 migrants landed last month compared to 217 in January 2013 and two dead refugees were found on February 18th when a boat with 120 migrants was rescued.