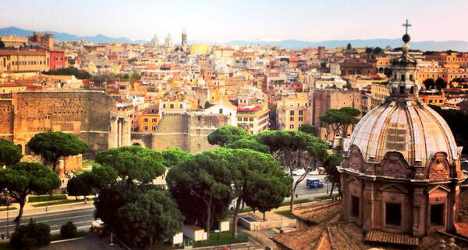 Rome mayor Ignazio Marino said city services like public transport would come to a halt and that he would not be a "Nero" – the Roman emperor who, legend has it, strummed his lyre as the city burnt to the ground.

Marino said that Renzi, a centre-left leader and former mayor of Florence who was only confirmed by parliament this week, had promised to adopt urgent measures to help the Italian capital at a cabinet meeting on Friday.

The newly-elected mayor faces a budget deficit of €816 million and the city could be placed under administration if he does not manage to close the gap with measures such as cutting public services.

"Rome has wasted money for decades. I don't want to spend another euro that is not budgeted," Marino said, following criticism from the Northern League (Lega Nord) opposition party which helped shoot down the bill for Rome in parliament.

The draft law would have included funding for Rome from the central government budget as a compensation for the extra costs it faces because of its role as the capital including tourism traffic and national demonstrations. Other cash-strapped cities complained it was unfair.

But Marino warned there could be dire consequences.

"We're not going to block the city but the city will come to a standstill. It will block itself if I do not have the tools for making budget decisions and right now I cannot allocate any money," he told the SkyTG24 news channel.

Marino said that buses may have to stop running as soon as Sunday because he only had 10 percent of the money required to pay for fuel in March.

He added: "With the money that we have in the budget right now, I can do repairs on each road in Rome every 52 years. That's not really maintenance."