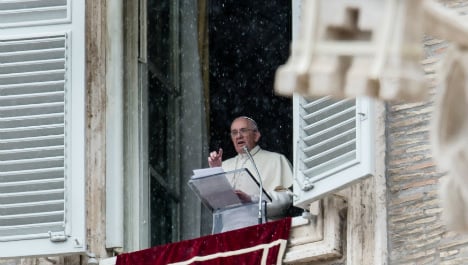 "I ask you again to pray for Ukraine, which is experiencing a delicate situation," Francis said in his weekly Angelus blessing from a window of the Vatican Apostolic Palace overlooking St Peter's Square.

"I hope that all sides in the country work on overcoming incomprehension and build the future of the nation together," Francis said.

"I make a heartfelt appeal to the international community to support any initiative in favour of dialogue and harmony."

Ukraine said Sunday it would call up all military reservists after President Vladimir Putin's threat to invade Russia's neighbour drew a blunt response from US President Barack Obama.

The stark escalation in what threatens to become the worst crisis in relations since the Cold War came as pro-Russian forces seized control of key government buildings and airports in the strategic Crimean peninsula.