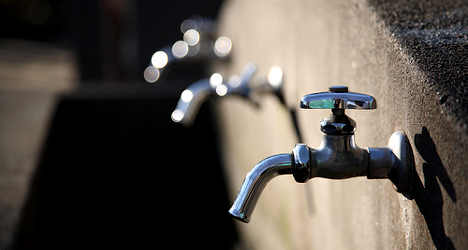 The water ban is due to run until December 31st 2014. Photo: mrhayata/Flickr

The decision comes after tests for chemicals and bacteria proved the water supply was “not suitable for human consumption”, the public decree said.

The ban, which lasts until December 31st 2014, affects residents in the north-west of the city. Alongside the city council’s explanation is a ten-page list of the addresses affected, in the neighbourhoods known as Municipio XIV and Municipio XV.

The announcement of Rome’s contaminated water supply will come as a blow to the city, which prides itself on its Roman-era system channelling fresh water to the country’s capital.

Tourists continue to flock to the Trevi Fountain – built in the 18th century to mark the end of an aqueduct – while locals make use of the countless fountains dotted around Rome.

News of the water pollution came as Marino successfully fought for a €570-million government bailout for the city, after warning on Friday that the capital could come to a standstill without the vital cash injection.