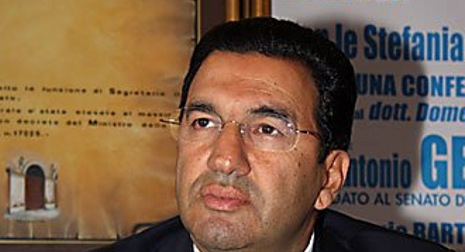 Antonio Gentile, who was named transport and infrastructure undersecretary on Friday, succumbed to pressure to resign following reports that he stopped the local daily, L’Ora di Calabria, from publishing a story that linked his son to corruption involving health sector contracts.

La Repubblica reported that the story was due to be published on February 19th, but the entire edition of the newspaper was scrapped, with its publisher blaming a “mysterious” technical glitch at the printers.

Gentile, a member of the New Centre Right (NCD) party, denied exerting influence on the newspaper and said his son had not been told he was being investigated for alleged corruption.

He initially refused to step down, but eventually bowed to calls from members of Renzi’s Democratic Party and several top Italian journalists.

"I'm not under investigation for anything and yet, I have been meat for butchering," he was quoted by ANSA news agency as saying.

On announcing his resignation, he said he made a “tough decision” in the interests of the party and the country.

The latest scandal follows the controversial appointment of culture undersecretary Francesca Barracciu, a PD member who is being probed for allegedly embezzling party funds.

Gentile's resignation is likely to cause tension ahead of the new election law bill, which is due to reach the lower house of parliament on Tuesday.