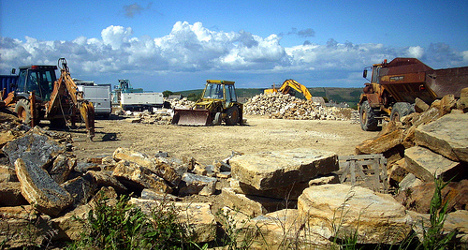 Eight people were jailed and a further nine put under house arrest in the Caserta area, the culmination of a five-year investigation, police said in a statement.

They are accused of illegally trafficking and dumping waste, as part of a complex criminal network involving public officials and local companies.

Campania’s Camorra mafia was able to infiltrate 63 transport and land removal contracts, with the help of officials who allowed the criminal group to operate freely, police said.

The gang is said to be tied to the powerful Zagaria family, whose head Michele Zagaria was arrested two years ago in a secret bunker after 16 years on the run. The leader of the Casalesi clan, Zagaria had already been sentenced in absentia for numerous murders and other mafia-related crimes by the time of his arrest.

News of the crackdown was praised by environmental group Legambiente as helping to “restore the truth”.

“[The arrests] demonstrate that when the state is absent, the Camorra do a roaring trade.