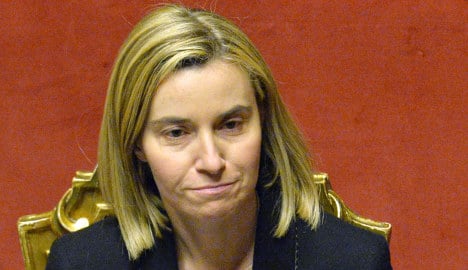 Mogherini was speaking ahead of a meeting with her Russian counterpart, Sergei Lavrov, in Paris on Wednesday, days after the Kremlin-backed takeover of Ukraine’s Crimea peninsula.

The presence of pro-Russian troops in the peninsula follows a wave of anti-government protest in Ukraine, sparking a crackdown which left up to 100 dead and prompted President Viktor Yanukovych to flee to Russia.

READ MORE: US and Russia set for tense talks in Paris

Speaking in Rome ahead of the Paris talks, Mogherini said she would “push the two capitals, Moscow and Kiev, to begin a course of dialogue.”

Negotiations would be “decisive” in ensuring the current crisis does not descend into “a new Cold War scenario” that could “take us backwards by decades,” the Italian foreign minister said.

Mogherini also called on other European countries to “support the people and the new government of Kiev,” installed after Yanukovych was ousted, while warning against “the temptation to react excessively”.

She is joined in Paris by her American counterpart John Kerry, along with foreign ministers from the UK, France and Germany.

Ukraine’s acting foreign minister, Andrii Deshchytsia, is also in the French capital to try to reach a political solution to the crisis. 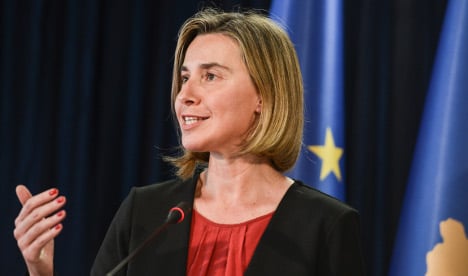 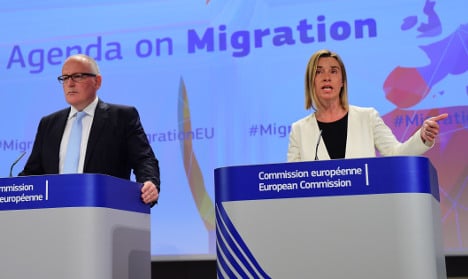