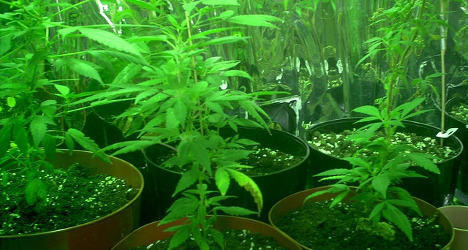 Italy’s Constitutional Court has repealed an anti-drugs law that imposed the same tough sentencing for the sale and possession of cannabis as for heroin. Photo: highguy420/flickr

In February, Italy’s Constitutional Court repealed a 2006 anti-drugs law that imposed the same tough sentencing for the sale and possession of cannabis as for heroin and cocaine.

This could affect thousands who are either in pre-trial detention or already serving time.

However, although many politicians and campaigners hailed the ruling as a victory, others warned that it could have devastating social consequences.

Among those in favour were members of the “Cannabis Social Club” LapianTiamo, an organization which promotes medicinal use of the drug in Italy.

Founded in January 2013 by multiple sclerosis sufferers Andrea Trasciuoglio, Lucia Spiri and her husband William Verardi – who live in the southern region of Puglia – the club is the first of its kind in the country.

It was thanks to relentless campaigning by hundreds of their members, the founders claim, that the draconian 2006 law was finally withdrawn.

“Under the old law, which was one of the most absurd in the world, ordinary people– sick people with jobs and families – ended up being criminalized,” Verardi tells The Local.

Under Italian law, it has been legal since 2007 to prescribe cannabis for medicinal purposes.

However, not all regions offer prescriptions free of charge, as Puglia does. People in many other regions have to shell out €40 per gram for the same medicine.

Even so, not every patient who wants cannabis-based drugs can obtain them. All doctors in Italy have the right to decide that they don’t wish to prescribe them.

“Doctors are often misinformed,” says Verardi. “They prefer to prescribe drugs like opiates, which often have bad side effects.

Founders Trasciuoglio and Spiri, who were both diagnosed with MS in 2006 and 2000 respectively, say that they were lucky to find doctors willing to give them the right dose.

Now they hope to persuade more doctors to make the drug readily available.

“We will continue to inform all patients and doctors about the possibility of prescribing cannabis-based medicines, such as Bedrocan and Bediol,” says Spiri.

“With the help of institutions and universities, we also plan to find a place where we can legally grow cannabis for medicinal purposes in a controlled environment – instead of continuing to import it at a high price from abroad.”

According to the club, the benefits of cannabis-based medicine are undeniable.

“Cannabis is not just a treatment for multiple sclerosis but also for many other illnesses – from chronic pain to nausea, Parkinson’s and Alzheimer’s – and without negative side effects,” claims Verardi.

Both Spiri and Trasciuoglio have also tried conventional drugs to control their MS.

“The medication that we took before cannabis only gave us side effects – some of them devastating,” says Spiri. “I ended up in a wheelchair because of a chemotherapy drug that was prescribed to me – and it wasn’t even suitable for my illness.”

Do they accept that cannabis should also carry a health warning?

“The patient must learn to tolerate the side effects that you get at the beginning of the treatment – such as slight dizziness and a feeling of emptiness and increased appetite,” says Spiri.

But, she says, these side effects disappear within a matter of days and, in many cases, never return.

“If you’re in a state of chronic pain or have a neurodegenerative disease, then you will probably need to take something forever,” she adds.

“And you don’t have to be an expert to understand that cannabis is better for you than the morphine, antidepressants and other drugs that most doctors are eager to prescribe.”

To find out more about LapianTiamo and their activities visit their website.

What do you think? Let us know in the comments section below.