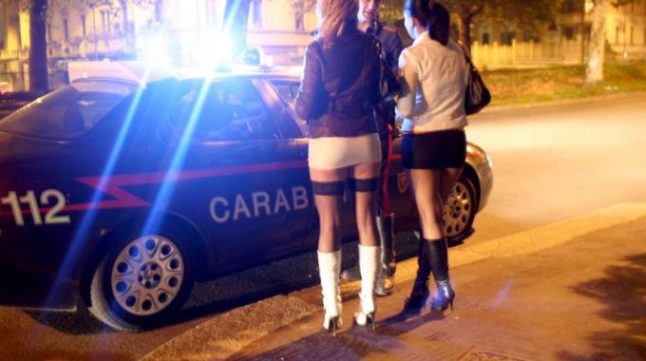 Police screened hundreds of calls made to the underage prostitutes. Note: the women pictured are not those involved in the Rome investigation. Photo: Legione Carabinieri Toscana

Mauro Floriani, a former official for Italy’s financial police (Guardia di Finanza), is one of around 20 potential clients of the teen call girls, La Repubblica reported.

The investigation reportedly centres around two girls caught last October selling sex in Rome’s upmarket residential area, Parioli. Five people, including one of the teenagers’ mothers, were arrested at the time, the newspaper said.

Police then screened hundreds of calls made to the girls from aspiring clients, allegedly including Floriani.

Realizing his number could come up in the investigation, Floriani reportedly went to police to give his version of events. He denied having a relationship with the two girls, although the public prosecutor decided to go ahead and add his name to the list of possible clients, La Repubblica reported.

Investigators believe that the men knew the girls were underage and, if found guilty, they could face a six-year prison sentence, the newspaper said.