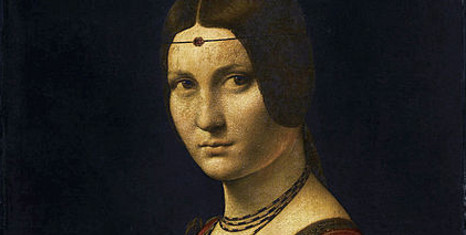 But the potential loan has been criticized by art experts, who say French museums are "obsessed" with renting out their most famous works, while failing to consider their fragile nature and the risks they undergo during transit.

Vincent Pomarede, the director of Paris' Louvre museum’s art department, hit back on Tuesday, telling the Italian news agency, Ansa, that the “structural conditions of the work enable its transport”, raising speculation that it could be moved.

The painting, one of the most visited in the Louvre Paris, is due to be restored in April or May, and “only if fragility were to surface during its restoration would it not be moved,” Pomarede added.

Reports in the French press in February said Da Vinci’s masterpiece, painted between 1490 and 1495, was among a list that might be loaned out by French museums to Louvre Abu Dhabi when it opens in December 2015.

The potential move comes after several knockbacks by the Louvre to lend Da Vinci’s other masterpiece – The Mona Lisa – to Italy.

Even actor George Clooney waded into the debate in February, calling for the painting to be "brought home".

The Louvre has also come under fire for its association with the Abu Dhabi project, which has been hit by several delays due to the financial crisis as well as criticism over the treatment of the vast migrant construction workforce.

Meanwhile, an art historian from the US last week claimed he had solved the mystery behind the Mona Lisa's enigmatic smile.