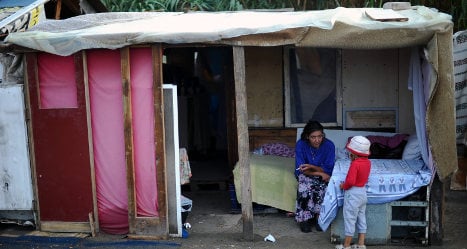 A group of Naples residents threw stones and fireworks at the camp in Poggioreale after a 16-year-old girl claimed two Roma men attempted to assault her, La Repubblica reported. They also formed a roadblock in protest.

The girl is reported to have returned home on Tuesday night in an “agitated state” following the alleged attempted assault.

La Repubblica said that two of her cousins went to the camp, which houses about 250 Roma people, in a bid to “punish” the two men, but instead came to blows and ended up with minor injuries.

Police are now monitoring the camp while the president of Poggioreale has called for it to be closed.

An estimated 40,000 Roma people live in camps on the outskirts of Italian cities and are denied access to adequate public housing, education and healthcare.

Italy has often come under attack for its treatment of the community.

In October, Amnesty International accused the Rome authorities of keeping thousands of Roma people on the margins of society through an “assisted housing” system designed to banish the community in “ghettos” beyond the city’s periphery.

“Its assisted housing system is designed and implemented in such a way as to condemn thousands of Roma purely on ethnic grounds to live in segregated, substandard accommodation in camps far from services and residential neighbourhoods. This is a blight on the city of Rome," John Dalhuisen, the organization’s programme director for Europe and Central Asia, said in a statement at the time.

Amnesty estimates that half of the Roma in Italy are Italian citizens, while others are recognized refugees from former Yugoslavia, migrants mostly from Romania and the Balkans, or are recognized or de facto stateless people.

"Roma are an integral part of Italian society. Yet, they remain among the most severely affected by gravely inadequate housing conditions and widespread discrimination, in Rome and in many other Italian cities," Dalhuisen added.