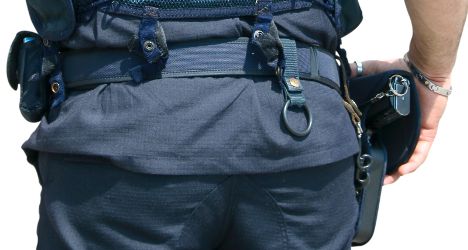 The Afghan approached the officer outside the city’s headquarters, before snatching his gun and running away, Rai News reported.

He was chased to a nearby church, where he fired shots in the air before turning the gun on himself. The Afghan was rushed to hospital but is unlikely to survive his head injuries, Rai News said.

The man had reportedly sought asylum in Italy and been granted a residency permit, which expired yesterday. He is thought to have gone to the police station to try and have the permit renewed.

Afghans make up the largest group of asylum-seekers to the EU; about nine percent of the total with 28,010 applications being made in 2012. In Italy they form the third-largest group, after people from Pakistan and Nigeria.

SEE ALSO: Syrian man sets himself on fire in Rome