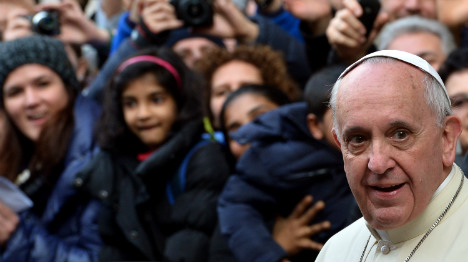 It will be Kirchner's second meeting with the pontiff, an Argentine native who this week marked one year in his papacy.

Officials, who did not say what talking points are on their agenda, said Kirchner and Francis will meet Monday for lunch at the papal residence.

The Argentine leader met with Francis in March of last year, asking for his intervention in Buenos Aires' dispute with Britain over the Falkland Islands, which Argentina claims as its own but whose residents voted to remain a British territory.

Her office said Kirchner will travel on to Paris for an official summit with French President Francois Hollande and to attend the Paris Book Fair.