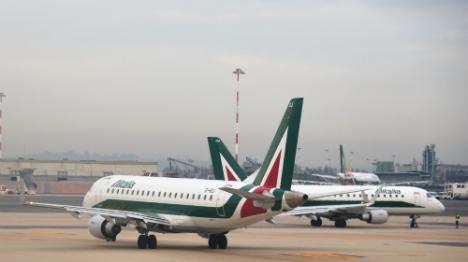 Federica Gagliardi, 31, was arrested on Thursday after 24 kilogrammes (52 pounds) of cocaine were allegedly discovered in her luggage on a flight from Venezuela.

Gagliardi was nicknamed the "white lady" by the Italian media after making several appearances in disgraced tycoon Berlusconi's entourage during his time as prime minister without anyone ever having a clear idea of what her role was.

Judicial sources said Friday that the state prosecutor in Naples was looking into whether Gagliardi had been in contact with known drug dealers in the southern city and in Rome.

They were also seeking to establish if Gagliardi had made trips to Latin America, other than one they know she made with Berlusconi to Brazil and Panama on the way back from the 2010 G8 summit in Toronto.

Soon after that trip, Gagliardi slipped out of the limelight.

Berlusconi is currently battling to overturn prison sentences handed down after being convicted of having sex with an underage 17-year-old prostitute and abuse of office, and separately for leaking a confidential police wiretap.