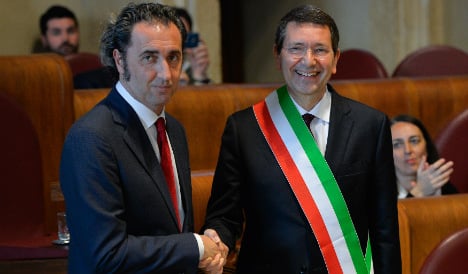 Part ode to the architectural and artistic glory of the Italian capital, part indictment of the decadence of its elite, Sorrentino's film has won a string of awards culminating in the Oscar for the best foreign film last month.

On the back of it, the city has launched tours featuring some of the private palaces, secret gardens and undiscovered churches featured in a work which contains numerous nods to another Rome-set masterpiece, Federico Fellini's 1960 "La Dolce Vita."

Sorrentino, who hails from Rome's southern rival Naples, accepted the award by paying tribute to his adopted home as "a place of harmony and beauty".

"He showed the magic of Rome, its magnetism and its sublime nature," the mayor said. "But Rome is also sick and culture is the best medicine."

"The Great Beauty" tours kick off this Sunday with booking possible at www.culturearoma.it