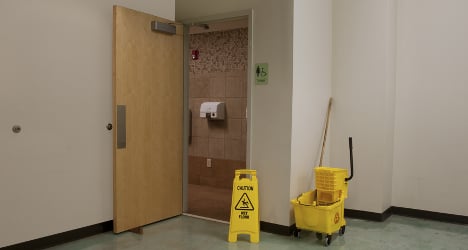 The janitor allegedly abused the girl in the school toilets. Janitor photo: Shutterstock.

The 50-year-old was put under house arrest on Saturday for allegedly abusing the girl in the school toilets, Rai News reported.

The six-year-old told her parents in October that she had been assaulted by the caretaker, prompting a police investigation.

The news comes two weeks after parents in northern Italy accused a priest of sexually abusing their daughters. The priest in Agordino allegedly abused ten girls who went to his church, where he had worked for seven years.

In December, Italian police cracked a paedophile network operating across 16 regions, following a tip-off from authorities in Germany. Investigators confiscated 11,500 images and 3,500 videos, all involving children under the age of ten.