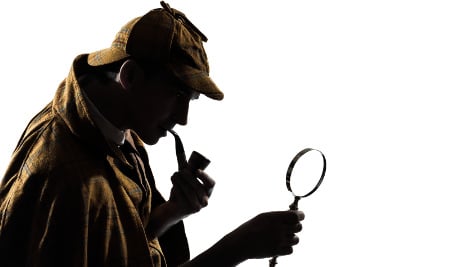 Angela Buckley, a British historian and trustee of the Society of Genealogists, claims that the Victorian-era detective who featured in Sir Arthur Conan Doyle’s novels was based on a real-life sleuth called Jerome Caminada, who was born in Manchester, in northern England, to an Italian father and Irish mother.

She makes the claims in a biography of Caminada, who worked for the Manchester City Police Force and was involved in numerous cases across the UK, according to a report in The Daily Telegraph.

Caminada, born in 1844, is said to have enthralled the nation with his eccentric disguises, including posing as a labourer and a drunk, and logical thinking. He is also said to have been able to detect a thief by the way he walked.

“Caminada became a national figure at just the time that Sherlock Holmes was being created. There are so many parallels that it is clear Doyle was using parts of this real character for his,” Buckley was quoted by the Telegraph as saying.

Dubbed ‘the Garibaldi of Detectives’, Caminada rose to prominence in the mid-1880s, shortly before Doyle’s debut Holmes novel, Study in Scarlet, and during his time as an investigator is said to have helped imprison 1,225 criminals.

Buckley said that one of the most striking similarities with Holmes was Caminada’s fascination with an alluring female criminal, known in the book 'A Scandal in Bohemia' as Irene Adler.

The detective died in 1914 aged 70 – the year the last Holmes book was published.