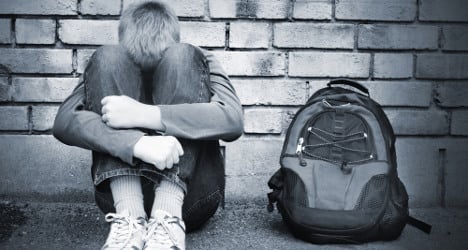 The boy was discriminated against and bullied by other children because of his sexuality. Bullying photo: Shutterstock

The boy, aged 14, had been discriminated against and bullied by other children because of his sexuality, according to Marida Lombardo Pijola’s blog on the Il Messaggero website.

But instead of providing support for their bullied child, his foster parents, who are from a small unidentified Italian town, were unsympathetic, the paper reported.

“It created too many problems – we can’t handle it,” the parents were quoted as saying. “At school his classmates don’t accept it. Everyone says to us why do you bother?”

As a result the boy was once again put into care.

Although homophobic incidents continue to make headlines in Italy there has also been positive news for gay rights in Italy in the past few months.

In January this year a court in Palermo allowed a gay couple to foster a 16-year-old, in a case thought to be the first of its kind in Sicily.

In February a video clip shows Italian children voicing their support for gay relationships. In the clip, children are asked a string of love-related questions including “Do you think love between a man and a man, or a woman and a woman, exists?”

Their views stand in stark contrast to those of some of the country's adults, who continue to clash over gay rights.

But despite such views and the strong influence of the Catholic Church in Italy, attitudes towards gay rights are gradually changing in the country.

Last year Rome’s mayor, Ignazio Marino, said he was open to gay marriage, while last month an Italian court ruled for the first time in favour of a gay couple fostering a child.