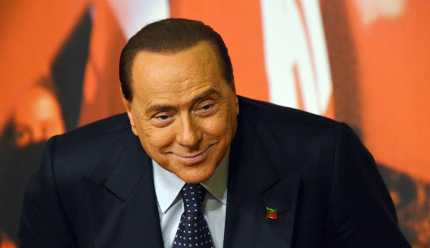 The ban was imposed as part of a tax fraud conviction against the media magnate last year and blocks him from running in elections.

The 77-year-old was sentenced to four years in prison for the fraud linked to his Mediaset business empire, with an automatic reduction to one year under a 2006 amnesty law aimed at reducing prison overcrowding.

Berlusconi, who was also stripped of his seat in the Senate over the case, is expected to serve the term through community service due to his age.

Before the ruling, experts said the supreme court's decision was unlikely to have any impact in practical terms.

Berlusconi was already banned from public office for life in a separate case in which a Milan court convicted him last June to seven years in jail for paying for sex with a minor and abusing his powers as prime minister to cover it up.

The beleaguered premier has two levels of appeal in the sex case before that verdict becomes final.

While the billionaire has been keeping a relatively low profile since his public ousting from the Senate last year, his supporters say he is planning to run in European elections in May.

But as long as Berlusconi is disqualified from holding public office, he will be ineligible to stand for election in Europe. The most he can do is
campaign on behalf of his Forza Italia party.