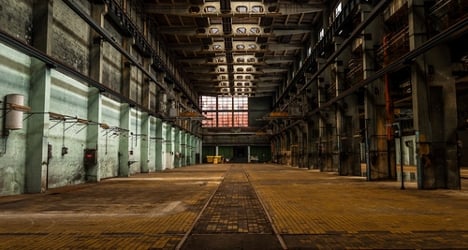 The victim's body is thought to have been dissolved in acid in a Sicilian warehouse. Warehouse photo: Shutterstock

Andrea Cottone went missing on November 13th 2002 while on his way to lunch at a mini golf restaurant in Ficarazzi, a town outside of the Sicilian capital Palermo.

Morreale is thought to have lured his victim, a local mafia boss, to the restaurant under the guise of discussing the robberies Cottone had carried out in the area.

But rather than talking about lucrative business interests, Cottone was reportedly strangled to death by Morreale and his henchmen.

His body was then said to have been taken to a marble warehouse in the nearby town of Bagheria, where it was dissolved in acid, Palermo Today reported. Cottone’s belongings were cast into the sea, leaving no trace of the murder.

Italian mafia groups are no strangers to creative cruelty in their crimes. In November, police discovered that a man in the southern Calabria region, who disappeared in March 2012, was fed alive to pigs.

“It was satisfying to hear his screams. Mamma mia how he screamed!” one of his killers reportedly said, recorded by police boasting about the murder.