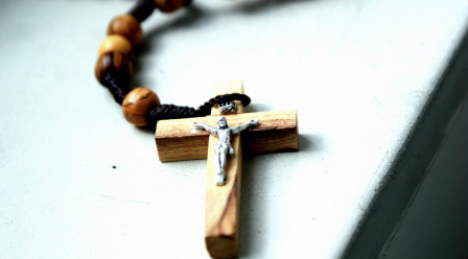 Pope Francis in a statement revealed the first eight names of officials who will sit on the commission, which was first announced on December 5th last year.

Among them is Marie Collins, an Irish abuse survivor who has been an outspoken campaigner for the rights of victims.

Other experts include the Archbishop of Boston, Sean Patrick O'Malley, who has been a vocal spokesman for US victims, as well as psychiatrists Catherine Bonnet, from France, and Sheila Hollins, from Britain.

Politician Hanna Suchocka, the former Polish prime minister who has been an ambassador to the Holy See for more 10 than years, will also sit on the committee.

"The main objective of these (eight) people will be to prepare the statutes of the Commission and to define its powers and duties," said the statement.

More members from other parts of the world will be appointed to the commission later, the Vatican said.

For more than a decade, the Catholic Church has been rocked by a cascade of paedophilia scandals, with victims describing the trauma of abuse at the hands of people charged with their care.

A UN committee in February denounced the Church for its secretive handling of child abuse accusations and for failing to stamp out predatory priests, and urged it to hand over known and suspected abusers for prosecution.

Pope Francis hit back in an interview with Italian daily Corriere della Sera earlier this month, saying the Church had "acted with transparency and accountability" in its handling of the scourge.

Despite his recognition of abuse as "the shame of the Church", American victim association SNAP has blasted the pope's "archaic and defensive mentality" and accused him of "doing nothing, literally nothing" to protect children.

The Vatican says it continues to receive around 600 claims of alleged abuse by priests every year, many dating back to the 1960s, 1970s and 1980s.