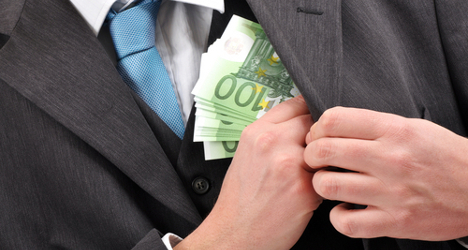 Lorenzo Borgogni, the company’s former director of external relations, was put under house arrest along with Stefano Carlini, the ex-director of operations of Selex Service Management, a unit of Finmeccanica. The pair is accused of paying bribes and siphoning money off to foreign bank accounts, Rai News reported.

Rome businessmen Vincenzo Angeloni and Luigi Malavisi have also been arrested for their alleged role in the bribery, while Finmeccanica’s former president, Pier Francesco Guarguaglini, is part of the broader investigation.

Those arrested are thought to have created a system of false invoicing between Selex and other companies, Rai News said. To cover up the bribes they allegedly created false businesses in the US state of Delaware and deposited money in Switzerland.

Further afield, Finmeccanica is currently embroiled in a corruption scandal in India, with its helicopter company AgustaWestland facing accusations of paying €50 million in bribes to win a government contract. 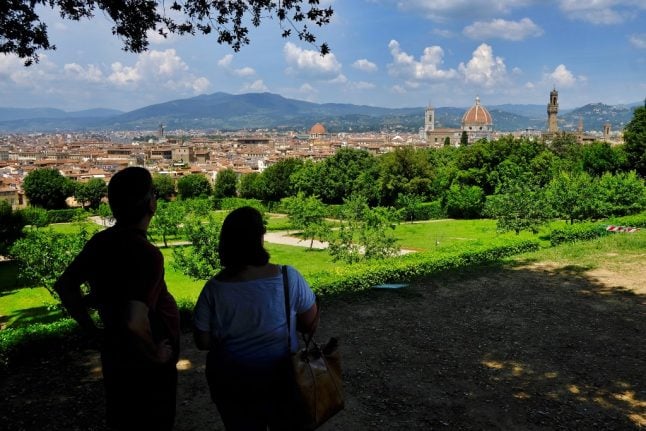 QUALITY OF LIFE
Readers’ views: Is Italy really one of the worst countries to move to? 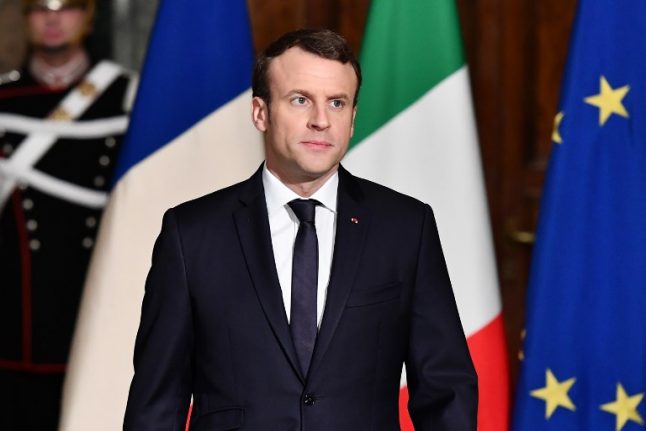 Italy: better to visit than to live in? Photo: Andreas Solaro/AFP

It's no exaggeration to say that The Local gets emails every single day from people who want to move to Italy.

And it's clear that all our readers, whether they're here or not, are fascinated by the country, its language and its people.

So when we published the results of a survey that found international residents rated Italy poorly for quality of life, cost of living, employment opportunities, family life and ease of settling in, I expected to be flooded with messages saying the study had got it wrong.

READ ALSO: Italy rated 'one of the worst countries in the world' to move to: survey

But instead, we saw many of you agreeing.

“I've been living in Italy for six years and I still don't feel settled,” wrote Ella Connolly. “So many things are lacking. It feels like there are no rules and nobody cares about anyone but themselves. Very hard to live here.”

“The country is falling apart,” another reader put it more bluntly. “It's no longer amusing that Italians have their own pace. This is the 21st century. The excuses are no longer acceptable. Nothing functions correctly.”

Corruption, Kafka-esque bureaucracy, an inefficient tax system, woeful public transport, rubbish piled in the streets, flagrant disregard for road rules and difficulty integrating with Italians were some of the top complaints. And before anyone puts the complaints down to language barriers or cultural differences, it's not just foreigners who struggle with life in Italy.

“I'm Italian and moved back to Italy after ten years in the UK and even I – despite being familiar with the culture and a native speaker – found it very difficult,” Riccardo Fumagalli told us.

“Nothing seems to be straightforward and no one seems to know exactly how things are supposed to be done. Bureaucracy is illogic and byzantine and would stop anyone from doing anything.

“This is the place where you still have to personally go to a physical office to get your bills sorted (or send a fax. In 2019!), or where you might have problems paying by card. And even in cash since the ATMs dispense mostly €50 notes that no shop would happily accept. The working ethic is terrible, people seem to work 12 hours a day while it's mostly wasting time due to a basic lack of organization which creates a domino effect of 'being late'.”

It's no coincidence that young Italians continue to leave Italy by the tens of thousands, as another Italian reader pointed out.

“I had to move abroad, and in the last few years I saw younger and younger people coming en masse to live to Ireland because they know there is no future for them in Italy… 'Life of sun and aperitivo' my ar*e, in Italy there are no such things as regular paid jobs or an efficient tax collection system, so people who cheat and exploit others are wealthy and honest people are despised.

“Catcalling women on the street is considered normal and the level of violence in online exchanges is revolting, not to talk about the widespread racism and nationalism. And I may go on.

“Pasta is good, though. Enjoy.”

It's important to point out, though, that few of the people who contacted us had only bad things to say about Italy.

Just like in the InterNations survey, where Italy earned good marks for its weather, travel opportunities and language while scoring poorly for work, we heard from our readers that life in Italy is a mixed bag.

Firoozeh Arjmand, who studied at universities in both Rome and Turin and now works in Milan, pointed out that even one of the areas where Italy scored poorly in the survey – education – wasn't all bad.

“I have to say the universities are good, not perfect, but they are good and also free. You pay just €3,000 per year, that is eventually nothing,” she told us.

Perhaps in Italy even more than other countries, it depends on where you go. In a place that varies so wildly from region to region, it's impossible to generalize what life in Italy is like.

“Some areas are still little paradises – in the beautiful small towns life remains wonderful, from food to friendly inhabitants, climate, cultural events. Given pollution and overcrowding (including by mass tourism), life in downtown Rome has declined in quality, even as it has risen in Milan,” wrote Judy Harris, a resident of 50 years.

That's not to say that we didn't get some of those messages I expected, telling us that the survey must be wrong and their life in Italy is indeed – as one person put it – “great food, wine, weather and stress-free living”.

It was notable that a lot of the most positive comments came from people who had chosen to retire in Italy, which is, as many acknowledged, a privileged position to be in.

Moving to Italy with independent means saves you from what the InterNations survey said was the very worst thing about life here: working. The majority of its respondents were unhappy with their career prospects, job security or working hours, and nearly a third said their monthly income didn't cover their expenses.

“During my first year, dear friends left Florence, unable to make a living. They literally ran out of money,” reader Helen Bayley told us.

READ ALSO: 'If you want to move to Italy, brace yourself for things not going the way you want'

An independent tour guide in Florence, after more than a decade in Italy she finds herself facing a similar dilemma.

“My taxes have become quite high and I can only work so much, to be able to afford tax and ever increasing rents. It has been and still is hard going. I have reached a point, having no partner nor family, of changing my life and moving on…

“Expats who do not stay here year round and thus do not pay tax here and have retirement nest eggs have the pleasure to enjoy all the beauty and dolce vita that Florence and Italy has to offer! For anyone thinking of moving here, do your research, come with some savings, and know it won't be easy.”

Her story illustrates an important point: while many people assume that Italy's famed quality of life will make up for the pay cut or mind-numbing paperwork, those things are in fact a part of quality of life, not a separate sum in the equation.

Being surrounded by gorgeous holiday destinations is all very well if you don't have the time or money to enjoy them, and Italy's tradition of tight-knit families is a little less charming if you're a working parent who doesn't have nonni to hand and needs affordable childcare. And all the sunshine in the world won't make spending hours filling in forms “stress-free”.

I suspect one of the reasons Italy consistently comes out badly in this and similar surveys is precisely because people imagine that la dolce vita is guaranteed upon arrival.

Some of us move here with romantic expectations and find ourselves disappointed with the reality; and some of us find the rose-tinted visions of Italy sold by tour operators and bought wholesale by holidaymakers getting to grate. (I'll admit to feeling a certain compulsion to point out the putrefying sacks of rubbish lining the streets to any of my visitors who are unwise enough to tell me that living in Rome “must be just like the movies”.)

Perhaps we're more given to stating the negatives as a result, whether to warn other dreamy-eyed foreigners preparing to immigrate or simply to vent.

Ultimately, a more accurate picture of our feelings might be the length of time we stay. Nearly a third of people who answered the InterNations survey (32 percent) had lived in Italy for ten years or more; across all the 64 countries they studied, the average was 24 percent.

“Italy has a lot of problems for sure but I’d pick living here every day over my own country (England), not because it’s better but because it suits me, my life and my expectations,” our reader Luke Tait said. “Like any country, some will love it, others will hate it.” Naturally some people decide that Italy's not for them and others decide it is. It depends on so many factors that no survey can hope to calculate the likelihood of which category you'll fall into.

If you're one of the thousands of people dreaming of moving here one day, do your research, be clear-eyed, and ask yourself: what is most important for me?

There are no right or wrong answers.

Thanks to everyone who shared their views on this subject, including those not quoted in the article. 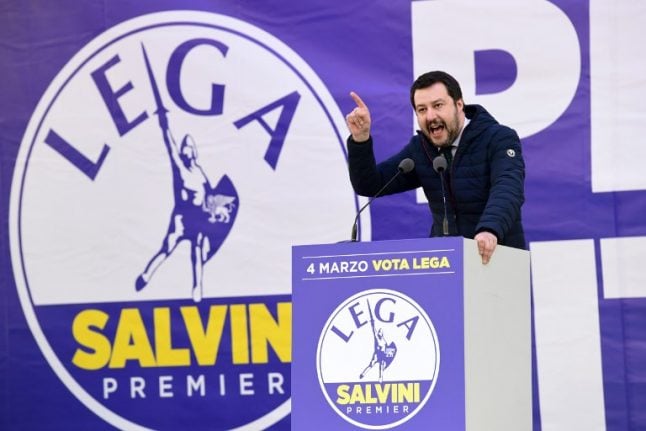