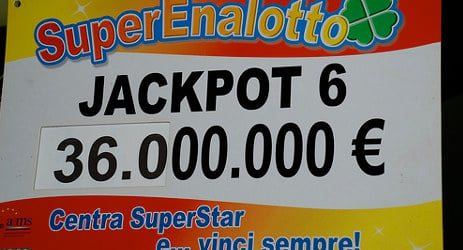 The Italian woman believed she was a millionaire. Photo: Salvatore Capalbi/Flickr

Not quite believing her luck, she scrutinized the numbers over and over to make sure she had definitely scooped €34 million in the SuperEnalotto.

But within minutes, her joy turned to despair when the apologetic TV presenter announced that the numbers read out were instead the ones that matched the previous week’s draw, Il Messaggero reported.

The incident happened in November 2008 but Gentile, who also had a hefty mortgage to pay, couldn’t come to terms with no longer being a millionaire and so sued the channel for “shock, anxiety and depression.”

“I felt taken for a ride,” she was quoted in Il Messaggero as saying.

The company offered her €18,000 in compensation, and to cover court costs, but this wasn't enough for Gentile, who is now seeking €50,000.

Despite her defiance, the case has hit a snag: she no longer has a witness to the botched reading nor a recording of the show.

“The friend who also witnessed the incorrect reading is now, unfortunately, dead. And now I have to ask RAI for the recording,” she said.

A verdict is expected to be reached on April 24th.

Earlier this month, an Italian woman who found a safe filled with 100 million lire in cash was told that her fortune had no value.