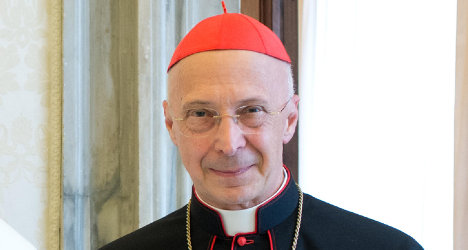 Angelo Bagnasco, president of the Italian Episcopal Conference (Conferenza Episcopale italiana), and an outspoken opponent of same-sex marriage and abortion, said on Monday that the government’s anti-bullying education programme and "gender equality" was turning schools into “re-education camps”.

“The ideological reading of ‘gender’ is a true dictatorship,” Bagnasco was quoted in l’Espresso as saying.

“In reality they seek to instill in children preconceived ideas against the family, parenting, religious faith, the difference between father and mother,” said the cardinal, likening Italy’s efforts to root out discrimination to “indoctrination”.

The government’s social programme prompted the cardinal to ask whether Italian parents were being “deprived of their authority” and right to educate their children.

Bagnasco’s statement points to the perceived weakening of authority of the Catholic Church in Italy’s school systems, where priests and nuns have for centuries played a role in educating the country’s children.

The government’s broader programme for Italian youth includes plans to roll out a cyberbullying law, following the suicide of a 14-year-old girl who was encouraged online to take her own life.