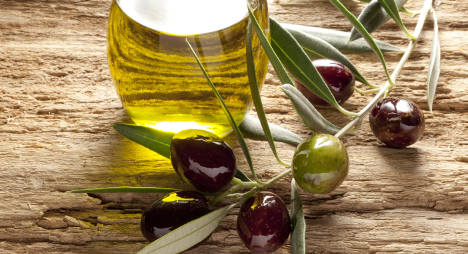 Speaking as he went into EU farm ministers' talks, Agriculture Minister Maurizio Martina said "uniformity" in European food labelling is "a theme we need to put on the agenda".

Britain argues that the scheme – which classifies food as red, amber or green according to the fat, salt and sugar content – is voluntary and "fully legally compliant with EU food law," while BEUC, the European Consumers' Organisation, wants the system extended throughout the European Union.

Food producers from Mediterranean countries – in particular Spain, Italy and France – have objected to the so-called "traffic light" labelling system, with many southern European traditional foods, including cheese, ham and olive oil, attracting a "red light" because of their high fat content.

Italian food producers in particular claim the system fails to take into account southern culinary traditions that use high-fat foods sparingly and as part of a balanced diet.

"We consider this kind of labelling simplistic and misleading for consumers," said Paolo Patruno, from the Brussels office of Confalimentare, the organisation representing Italian food producers.

"We remind consumers that there is no such thing as good or bad food, just good or bad diets," Patruno said, adding that his organisation would be meeting the minister on Tuesday to urge him to step up his efforts against Britain.

In February, the European Commission started an infringement procedure to examine whether the traffic light system is compatible with EU rules on the free movement of goods.

On Monday, EU agriculture ministers were also due to examine a proposal from the European Agriculture Commissioner, Dacian Ciolos, to tighten the labelling of "organic" food products.

The proposals would clamp down on a number of labelling problems affecting food products claiming to be "organic" – a word used to describe food produced without using chemical pesticides, fertilisers or food additives.

To attract an "organic" labelling, EU meat would in future be required to come from animals fed entirely with organic fodder, clamping down on products labelled as organic but fed using a mixture of organic and non-organic contents.

"The future of the EU's organic sector depends on the quality of products sold under the European organic logo," Ciolos said of the sector, which saw consumer demand quadruple between 2002 and 2012, while sparking a number of concerns among consumers and producers.

The proposal, which will need the approval of both EU leaders and the European Parliament, would also impose organic labelling restrictions on foreign products sold on EU markets.

A total 5.4 percent of the EU's agricultural land is devoted to organic food production, with over half of that in five countries: Spain, Italy, Germany, France and Britain.

Italy takes over the rotating EU presidency on July 1st.