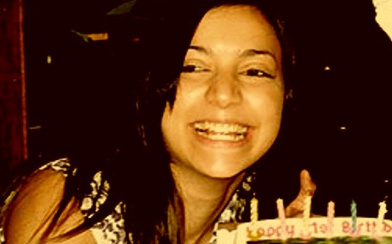 Meredith Kercher was murdered in Perugia on November 1st 2007.

In a five-minute hearing to wrap up the case, an inquest found that Kercher died "unlawfully" on the night of November 1st, 2007 in Perugia.

In January, US citizen Amanda Knox, 26, and Italian Raffaele Sollecito, 29, had their previously-overturned guilty verdicts for Kercher's murder reinstated at Italy's highest court.

Coroner Roy Palmer told Croydon Coroner's Court in south London: "She died, the autopsy tells us, as a result of haemorrhagic shock from stab and incised wounds to the vasculature of the neck.

"I do conclude that she was unlawfully killed."

Palmer said Kercher was found in the bedroom of her student residence. "It was clearly an unnatural death," he said.

The Kercher family were "keen for closure" after "all these years", he said, and it was "appropriate that I do bring some closure to them by completing the inquest".

In English law, inquests are held to examine sudden, violent or unnatural deaths either at home or abroad.

They set out to determine the place and time of death as well as how the deceased came by their death – but they do not apportion blame.

In January, Knox was sentenced in absentia to 28 years and six months in prison. She has vowed she will never willingly return to Italy to serve her sentence.

Her former lover Sollecito was sentenced to 25 years. Both maintain their innocence and have vowed to appeal.

Knox, 26, spent four years in an Italian prison after being initially convicted of the murder of her roommate Kercher.

A third accused, Rudy Guede, was convicted of the murder and is serving a prison sentence.