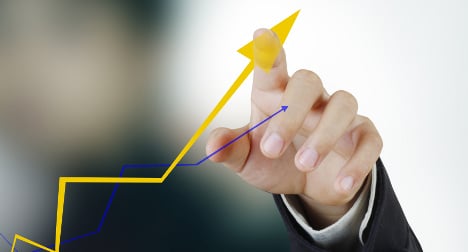 The rate demanded by investors for the €3.0 billion in five-year bonds that were sold fell to the lowest ever level of 1.88 percent, compared to 2.14 percent in the last similar auction in February.

The remainder in 10-year bonds was auctioned at a rate of 3.29 percent, down from 3.42 percent last month.

The Italian Treasury also said it had sold €3.25 billion in floating-rate Ccteu paper due to be redeemed in 2019 at a rate of 1.3 percent.

"The signs we are seeing of a re-awakening are encouraging but have to be backed up by constant reforms," Italy's central bank governor Ignazio Visco said on Friday, warning of a risk of "stagnation".

Visco blamed bureaucratic and trade union "rigidity" for holding the country back and said the economy had "suffered a wound" that would not be healed by more efficient public spending or higher public debt.

Italian Prime Minister Matteo Renzi, who came to power last month, has promised to reboot the economy after a two-year recession by reducing taxes, slashing the costs of Italy's bureaucracy and promoting businesses.

The bond auction came after the official Istat agency on Thursday said its business confidence index rose by 1.3 points in March to 89.5 points, with increases particularly in the manufacturing and services sectors.

Confidence fell, however, for construction and retail.