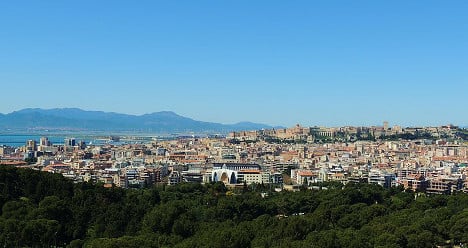 The woman died a day after having liposuction treatment at a clinic in Cagliari, Sardinia.Photo: Roburq/Wikipedia

Rossella Daga was found “slumped on the floor” of her bedroom by her parents on Sunday morning, a day after liposuction was performed to remove fat from her legs at a private clinic in Cagliari, the newspaper said.

The woman, who worked in a notary’s office, is reported to have been in pain after the operation and there was swelling in the area where the fat was removed.

The prosecutor for Cagliari has opened an investigation and ordered an autopsy to determine if her death was linked to the operation, and has also asked for medical records to be examined.

Though precise figures for Europe are difficult to obtain, there have been a number of deaths reportedly linked to liposuction.  In the late 1990s, a 48-year-old Italian woman died from an infection after having the operation, while in 2010 another Italian, aged 60, died of complications related to the procedure.

In a high-profile case in the UK, Denise Hendry, the 43-year-old wife of former Scotland football captain and Blackburn Rangers footballer, died in 2009 of complications that stemmed from a liposuction operation carried out by Swedish plastic surgeon Gustaf Aniansson seven years earlier.

Hendry fell into a coma due to an infection that arose during recovery treatment after her bowel and colon were pierced nine times during the liposuction procedure.

Studies in the US have produced varying figures on death rates linked to liposuction, with one study saying the risk is as low as three deaths in every 100,000 operations performed while others suggest the risk is between 20 and 100 deaths per operation.