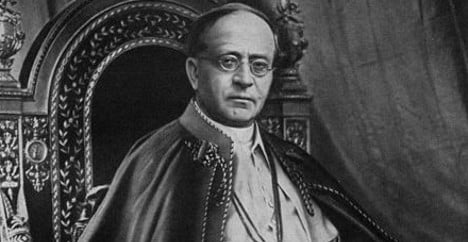 The archive includes a speech by Pope Pius XI calling for restraint on the eve of the Second World War. Photo: Wikipedia

The initiative was launched as part of preparations for the sainting of John Paul II and John XXIII (1958-63) on April 17, in the first double papal canonization ceremony in Church history.

"This way, the popes remain among us thanks to their voices," Vatican spokesman Federico Lombardi told journalists.

Radio Vatican has been storing up its unique patrimony since it was set up under Pope Pius XI in 1931, but it has also older recordings, such as Leo XIII's Humanum Genus encyclical, which the pontiff recorded on a dictaphone in 1884.

Some of the clips in the online collection capture historic moments, such as Pius XII's speech in August 1939 calling for restraint on the eve of the Second World War, saying "The danger is imminent, but there is still time. Nothing is lost with peace, all can be lost with war!"

People can also listen to John XXIII's impromptu 1962 "Speech to the Moon" in St. Peter's Square, where he spoke in answer to requests from a huge crowd and told them: "When you head home, find your children. Hug and kiss your children and tell them 'This is the hug and kiss of the Pope'".