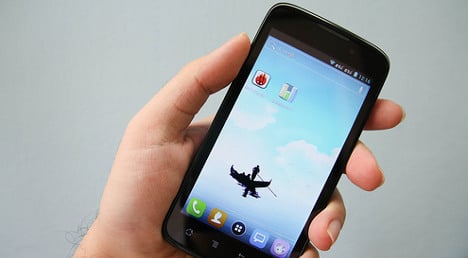 The application, which will be available to download from AndroidMarket and AppleStore soon, was "thought up and created for citizens", according to Mariano Mossa, the head of Italy's heritage police.

"It represents a first for those who hope to contribute to the fight against heritage crimes," he said at a press presentation of the new app.

Users who come across works of art they suspect have been stolen can take a photograph of it and send it straight to the police, who check in real time whether it matches any of the works in their archives.

The heritage police in Italy manages the largest data bank on stolen art in the world, with details on some 5.7 million objects.

The app is named "iTPC" with "TPC" being the Italian acronym for "Protection of Cultural Heritage".

People are also encouraged to add to the existing database by taking photographs of any artworks they may own, which will be given a personal profile used to track down works stolen in the future.

"Each owner of a work of art, whatever it may be, can create an identity card (in) a fantastic contribution to police action," Franceschini said.

The device will also provide users with information on artworks the police are searching for, and help locate the nearest heritage police office for people wanting to denounce a crime or submit a claim for a work in person.

Italy opened a special department to investigate art thefts in 1969, the first in the world, which is situated in a Baroque palace in the centre of Rome.

The launch was announced as police revealed they had recovered a painting worth millions of euros by Paul Gauguin, stolen in London in 1970 and bought by an Italian factory worker for a pittance and hung in his kitchen.

The French artist's "Fruit on a table or small dog" was stolen from a house in the British capital along with "Woman with two chairs" by fellow Frenchman Pierre Bonnard, and they were recovered together in Italy from the pensioner, who used to work for Italian auto giant Fiat.