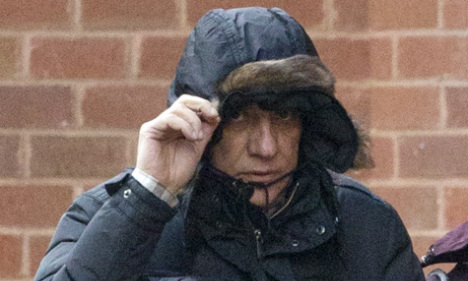 A judge had told the 65-year-old that he was free to return to his life in the London suburbs, after prosecutors messed up their appeal against a ruling that blocked his extradition to Italy.

However, he was re-arrested at his home in Uxbridge, west London, on Friday evening by officers from Scotland Yard's extradition unit, on a European Arrest Warrant.

"It alleges that he has an outstanding sentence of seven years' imprisonment to serve for participation in Mafia association between December 17, 1987 and April 13, 1995 in Palermo, Italy," the statement said.

The warrant was issued in Italy and certified by Britain's National Crime Agency.

Rancadore was taken into police custody. He was due to appear at Westminster Magistrates Court in central London later Saturday.

Rancadore, who was arrested in Britain last year after 20 years on the run, had won his legal fight against extradition on March 17 on the basis that returning to Italy's overcrowded prisons would breach his human rights.

At a hearing in London last week, England's state prosecutors the Crown Prosecution Service confirmed they had lodged an appeal —  but that it was not served within the statutory time limit and was therefore being withdrawn.

"You're free to go as far as this court is concerned," judge Quentin Purdy told the fugitive.

Known as "The Professor", Rancadore was sentenced in Italy in his absence in 1999 to seven years in prison for associating with the Sicilian mafia.

When he was arrested in August, it emerged he had been living for the past 20 years in the London suburbs with his wife and two children, under the false name of Marc Skinner.