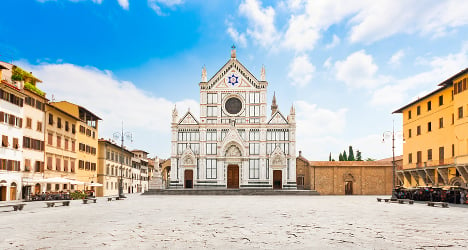 The “1,000 eyes on the city” project will also involve 40 cars and 26 patrol squads, the city council said in a statement.

Under the three-year deal, private security officers will roam the city’s streets and call on police to intervene.

Vice Mayor Dario Nardella signed the deal with heads of private security firms and Magistrate Luigi Varratta, who said it intended to help citizens “feel safer…at a unique period for the city of increasing tourism and big events.”

The security officers will be particularly vigilant at night, following complaints of drunk foreign students in the heart of the Tuscan capital. Last month Florence taxi drivers were aghast to spot an American student peeing in Piazza Santa Croce, a stone’s throw from the square’s celebrated church.

In recent months tourists in Florence have also been caught vandalizing the city’ famous bridge, the Ponte Vecchio, while last year a visitor broke a finger off a 600-year-old statue.